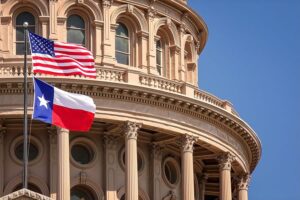 Join the ACHE East Texas, North Texas and Texas Midwest chapters for another in our special multi-chapter panels.

Numerous public policy and legislative issues around healthcare delivery and public health affect healthcare organizations and demand involvement of their leaders to respond and adjust organizational policies and procedures. These issues often relate to improving population health, access and coverage through Medicaid and other programs, improving value, addressing consumer issues and workforce shortages, and more. Learning these issues and being involved in policy and organizational responses is important for healthcare leaders, regardless of how directly they may be involved.

This program has been approved for 1.5 ACHE Face-to-Face credits. 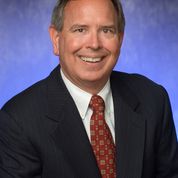 Mr. Steve Love is currently President and Chief Executive Officer of the Dallas-Fort Worth Hospital Council which promotes collaboration, cooperation and advocacy on behalf of its 90 member hospitals. The Hospital Council also has approximately 100 Associate Members (business and industry), including prominent accounting, legal and consulting firms. The primary mission is to promote patient safety, quality healthcare and coordination in the delivery of healthcare within the North Texas market. He served as 2015 Chair for the Conference of Metropolitan and Regional Hospitals Association in the United States. He also previously served on the Children at Risk Board for North Texas. He serves on the Southwest Region Board for the American Heart Association; Southwest Transplant Alliance; Cure Glaucoma Foundation Advisory Board; North Texas Eye Research Institute; the Metropolitan YMCA Board of Directors and the Board of Directors of Prism Health North Texas and Mothers Against Drunk Driving Dallas. Mr. Love has worked in healthcare management for over 40 years. He has demonstrated leadership in tax exempt, investor-owned, specialty and private hospitals in operations, finance and corporate governance. Prior to joining the Dallas-Fort Worth Hospital Council, Mr. Love was Senior Vice President and Chief Financial Officer of a Fortune 500 healthcare company that owned over 50 hospitals and managed approximately 200 facilities in the United States. 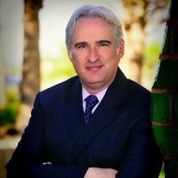 Dr. Matt Richardson was appointed as the Director of Public Health for Denton County in the summer of 2014. Dr. Richardson previously served as Director with the City of Amarillo and Potter/Randall Counties for 9 years. Dr. Richardson has authored peer-reviewed publications, testified to the Texas Legislature regarding public health issues and continues to advocate for public health practice and resources for Denton County and the state of Texas. He has a bachelor’s degree in Biology from Abilene Christian University and both Master’s and Doctoral degrees in Public Health from the University of North Texas. He is currently board certified and Fellow of the American College of Healthcare Executives. Dr. Richardson also serves as an accreditation site reviewer for public health programs in universities across the US. Matt lives in Argyle with his wife of 24 years and their two daughters. 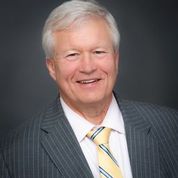 Walter “Ted” Shaw joined the Texas Hospital Association as the organization’s fourth president and chief executive officer in February 2014. Shaw brings expertise forged from a 40-year career in health care leadership to his role as key strategist and spokesperson on behalf of more than 450 THA member hospitals and health systems. As president and CEO of the largest state hospital association in Texas, Shaw is responsible for leading the industry in its advocacy work and positioning Texas hospitals to achieve their missions of delivering the highest quality health care to all Texans.

Prior to joining THA, Shaw served as interim executive vice president and chief financial officer for Parkland Health and Hospital System in Dallas, where he led the development of the Medicaid Transformation Waiver in North Texas and the construction of an 864-bed replacement hospital. From 2004-2011, he was a partner with the Dallas-based Financial Resource Group LLC, a health care consulting firm where he specialized in interim operational turnarounds with facilities across the U.S. Prior to joining FRG, Shaw was president of the health care consulting firm W.T. Shaw Company from 1998-2003.

His legacy for leading impressive turnarounds includes assignments at Jackson Memorial Hospital in Miami, the third largest public health system in the U.S.; East Jefferson General Hospital in Metairie, La., both before and after Hurricane Katrina; Fletcher Allen Health Care in Vermont; and Maricopa Integrated Healthcare System in Phoenix. In addition, he has a strong background in health care technology and insurance, having served as chief operating officer of Health2Health.com, an Internet-based HIPAA solutions company; and with Dallas-based CareSystems Corporation, a workers’ compensation technology support firm.

He began his career with Ernst & Young in San Antonio, Cleveland and Dallas, achieving the role of partner with responsibility for the Southwest Region Healthcare Practice from 1973-1992. Shaw holds a bachelor’s degree in business administration in accounting from The University of Texas at Austin, and is a certified public accountant and a fellow in the Healthcare Financial Management Association.