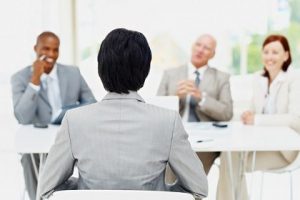 This event has been approved for 1.5 ACHE Face-to-Face Credits!

Mr. Self is Founder and President and Managing Partner of JohnGSelf + Partners, Inc. He directs the firm’s executive search and career transition practices.

For more than 20 years in executive search, Mr. Self has led numerous high profile engagements that have delivered exceptional results for his clients. He is recognized for his keen insights in candidate screening and selection and his ability to quickly master the needs and organizational culture of his clients.

In addition to his work in the continental U.S., Alaska, and Hawaii, Mr. Self has recruited internationally in Canada, The Republic of the Philippines, Australia, and South Africa. He also has led searches for a client in Abu Dhabi, the UAE.

For more than 20 years he has advised a wide range of senior leaders and executives on career management issues, from job transitions to crisis career management events. He is a nationally recognized thought leader on the subject of interviewing skills. He is a faculty member for the American College of Healthcare Executives (ACHE) annual Congress where he teaches the highly rated rate course on interviewing skills for senior executives.

Mr. Self is a member of ACHE. In 2010, he was named the Senior Healthcare Leader of the Year in North Texas. He also received a national ACHE merit award for service to the College. He is Past President of ACHE, North Texas chapter, one of the nation’s largest. During his tenure as President, Mr. Self played a key role in helping to expand chapter membership, programming, and services. He also is a former Chair of the Nominating Committee and a former member of the Regents Advisory Council for North Texas.

Prior to entering the search industry at JohnMarch Partners in 1994, Mr. Self served as Special Projects Manager for East Texas Medical Center Regional Healthcare System in Tyler. In that capacity, he managed the successful repositioning of the System’s home infusion therapy business, an assignment he began as an outside consultant. During his tenure, top-line revenues and profits increased significantly. He subsequently joined the System as a member of the leadership team and was appointed Executive Director of East Texas Emergency Medical Services, the state’s largest private ambulance company. During this time, ETMC EMS was named Private Provider of the Year by the Texas Department of Health and underwent a major restructuring which integrated 12 separate county service agreements into a master regional network.

After coordinating the search for his replacement at EMS, Mr. Self reorganized the System’s international recruitment company, successfully recruiting nurses and allied health professionals in four countries.

Prior to joining the ETMC System, Mr. Self served as principal with CitiHealth, Inc., a consulting firm that provided interim management and marketing resources to community hospitals and affiliated businesses.

From 1980 to 1987, Mr. Self served as Senior Vice President and was the senior business development officer for Hermann Hospital’s Affiliated Hospital Systems, one of the nation’s largest regional networks of managed and affiliated hospitals. In his role Mr. Self advised boards of directors regarding operational assessments, marketing strategies and talent acquisition issues.

Mr. Self served as interim CEO of several rural and community hospitals with Hermann’s Affiliated Hospital Systems and CitiHealth.

Prior to rejoining the Hermann System, Mr. Self was the Regional Development Manager for new business development with LifeMark Corp, a national hospital management firm.

From 1977 to 1980, Mr. Self served as the National Marketing Manager for the medical division of Rocky Mountain Helicopters (RMH) of Provo, Utah. RMH was the largest provider of emergency helicopter transport systems in the United States. He also was involved in identifying and recruiting program directors, pilots and support personnel for the proposed helicopter systems.

From 1976 to 1977, Mr. Self served as Director of Community Relations for Hermann Hospital and was appointed the first Director of Operations for Life Flight, Hermann’s acclaimed emergency helicopter transport system. In this role, Mr. Self coordinated the team that developed and implemented what is today one of the country’s largest and most successful of the hospital-based air transport systems.

From 1970 to 1976, Mr. Self served as an editor, writer, and reporter for newspapers in Tyler, Lubbock, and Houston, Texas. In addition to writing about crime in Harris County for The Houston Post, Mr. Self authored investigative stories on corruption and mismanagement within the Houston Police Department, the Texas Department of Corrections, and the rapid growth of heroin trafficking in Houston.

Mr. Self lectures on career management and recruitment issues at national, regional, and local meetings as well as several leading graduate schools. He has published articles on the recruiting process, including candidate total integrated onboarding and leadership development.

Mr. Self holds a Bachelor of Science Degree in Journalism from East Texas State University (Texas A & M Commerce). In 2012 Mr. Self was named a Distinguished Graduate of the Department of Journalism. He serves on the Dean’s Advisory Council for the College of Humanities and Arts.

Debbie serves as the CHRO/Human Resource Director for Baylor Scott & White Texas Spine & Joint Hospital in Tyler, Texas.  She has her Bachelors in Business Administration and her Master’s degree in Human Resources.  Debbie has over 28 years of HR experience in Healthcare.  Debbie is responsible for the administration of recruitment/retention strategies, benefits, compensation, payroll, training, legal and regulatory compliance.  Her primary focus is to provide support and guidance to management in employee relations and leadership development.  Debbie serves as the President Elect for the Texas Society of Healthcare Human Resources and Education.  She is a Board Member and Chairs the Governance Committee for the East Texas American College of Healthcare Executives.  Locally she serves as the Chair for the TISD Health Science Advisory Committee, is a Court Appointed Special Advocate (CASA) and volunteers for the Smith County Animal Shelter.

A special thanks to UT Tyler Soules College of Business,
Executive MBA Healthcare Management, for hosting this event!